Although tRNAs are often overlooked as important mediators in cancer pathogenesis, tRNA deregulation is observed across several tumors with Serine, Threonine and Tyrosine tRNAs being often overexpressed. This deregulation has important functional consequences, promoting selective translation of metastasis related transcripts. In yeast, tRNASer deregulation increases genomic instability (a cancer hallmark) and resistance to stress and therapy. In fact, overexpression of tRNA-Ser-AGA-2-1 was associated with poor overall survival in breast and lung cancer. However its influence on therapy resistance remains uncertain. Therefore, we hypothesized that tRNA-Ser-AGA-2-1 could be an important mediator of both genome stability and therapy resistance in Non-Small Cell Lung cancer (NSCLC).
We observed that tRNASer overexpression induces cisplatin resistance in NSCLC through upregulation of growth and survival pathways, activation of the proteasome and increased DNA repair. Moreover, it also increases the tumor mutation burden, MSI signatures, and increases the number of variants that affect predominantly growth and survival genes.
Our results show that the deregulation of a single tRNA is enough to fixate important and adaptive mutations in cancer cells, highlighting a new and unexplored resistance mechanism in NSCLC.

Mafalda Santos research has been focused on the role of small non-coding RNAs in cancer. She has a BSc in Genetics and Biotecnology (UTAD), an MSc degree in Biochemistry (UC) and a PhD in Biomedicine (UA). She did her MSc thesis in Italy where she found that miR-196a is a major mediator of the PI3K/Akt pathway in NSCLC. Later, she unveiled that Protein Synthesis Errors (PSE) and tRNA deregulation foster tumor growth by activating cancer-related cellular
pathways, similarly to KRasV12 mutated cells. She developed several cellular and animal models to study this phenomenon, including a multidisciplinary methodology that detects PSE in living cells and tumors by mass spectrometry. With these tools, she made the seminal discovery that epithelial tumors have higher PSE levels than the normal tissues from which they arise, and gathered preliminary evidences that tRNA deregulation and PSE can modulate cell migration, invasion and drug resistance.

Mafalda participated in the 2018 edition of Hitech (entrepreneurship program for scientists) as a team member of “Sensorium: A novel tool to detect protein aggregation”. More recently, she completed the Training Program in Pharmaceutical Medicine and Clinical Research. Mafalda has been involved in 5 fully funded projects, as a team member and she currently leads, na FCT-funded project. Mafalda published 5 papers, which describe the groundbreaking discoveries that allowed her to get extramural funding and start a new research line in the group she is working in. 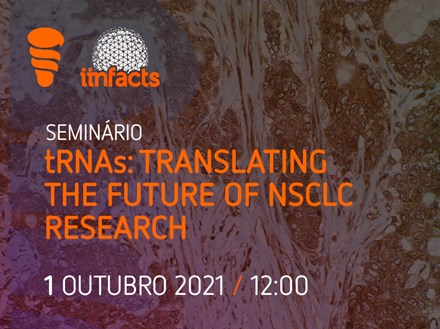