On November 15, CESPU marked its 34th anniversary. The commemorative ceremonies took place at the Gandra University Campus and were attended by the Minister of Health.

In the ceremony, CESPU awarded the "Prestige Award CESPU 2016" to the PEA - Educational Projects of Angola, a partner entity of CESPU in Angola in the field of health education.

During the ceremony the Institution distinguished its best finalist students with the award of training awards worth one thousand euros. 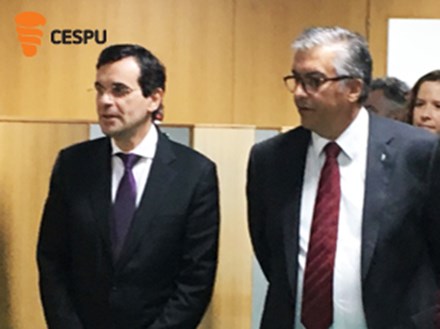